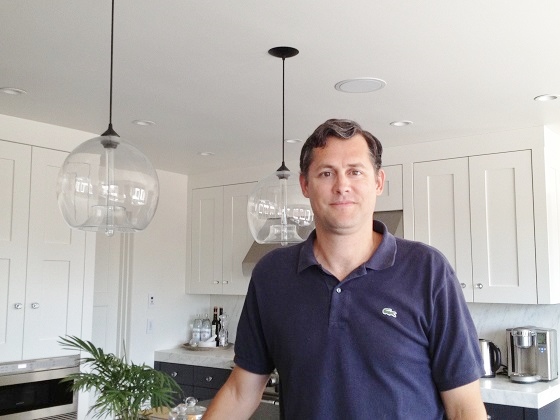 Clay and his wife couldn’t have been more excited to move into their new home and start remodeling it into their dream home. Then, they received a few of their first utility bills. The larger space and lack of insulation was driving their utility costs up to $1,000 and higher. They made it a goal to install a solar system and bring down their bills before the heat would hit in the following summer.

In May of 2013 they started talking to a few companies, AMECO Solar being one of them. Between the high-efficieny of the SunPower solar panels and our company’s reputation as a reputable, long-standing solar company, the couple chose to go with AMECO.

Though they were convinced of the financial savings that solar would bring them, they were very concerned with how the solar installation would look. They drove around the neighborhood to see other installations and weren’t too impressed with the results. One house even had a similar style to their own home, but the solar panels (installed by another company) were an eyesore.

Since aesthetics were important, AMECO made sure to design and install the solar system with this in mind. “We’re very pleased with how it turned out,” Clay explained, “You can’t see the solar panels from the street and most of the equipment is hidden, too.”

Throughout the entire installation process, Clay was in constant contact with AMECO Solar’s Operations Manager, David Saltzman. He helped coordinate the solar installation with the roofing company, pulled all the necessary permits, and worked with the city inspectors to make sure that the install passed Fullerton’s notably difficult inspection procedure. “David was fantastic, his service couldn’t have been better,” Clay said.

Now that the system is installed and running, Clay checks in on the production at least once a day. He’s found the SunPower interface incredibly easy to use. With a just few clicks, he can pull up a range of information such as how much energy the system is producing by the day or even by the hour!

Since he knew the solar panels had overproduced in the first month that it was turned on, he wasn’t surprised to see his electricity bill come in at -$10.53. Still, after months and months of owing Edison such high amounts, there’s nothing sweeter than to receive a bill and see that the utility company now owes him.