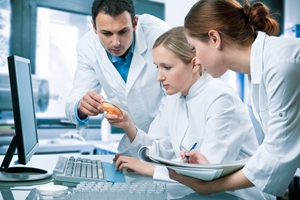 Funding from EPIC will be used to finance research, development and deployment (RD&D) of clean energy technology, including California solar energy, with the goal of improving the state’s energy infrastructure and saving rate payers money.

Pending the governor’s signature, the CPUC will be able to authorize the state’s utilities, including Pacific Gas & Electric, San Diego Gas & Electric, and Southern California Edison, to begin collecting $162 million for the EPIC program.

The approval of this bill was crucial to the state’s renewable energy future. Prior to its passage, funding for clean energy RD&D was set to expire, bringing to a halt the California’s leadership on this issue. As far back as the 1970s, California has been setting an example by requiring that utilities reinvest some of their revenue back into research.

However, after restructuring of the utility industry in 1996, there was some question as to the permanence of RD&D appropriations. At the time, the legislature put in place a system benefits charge, which would be used to provide a minimum level of funding. This charge expired in 2012.

Senate Bill 96 ensures that funding for clean energy technology will continue until at least 2020. The California Energy Commission will administer 80 percent of the revenue collected through EPIC, while the utilities will manage the other 20 percent. Both institutions will need to submit plans to the CPUC every 3 years, and in 2016 the program will be reevaluated by an independent auditor to determine its strengths and weaknesses.

The EPIC will primarily focus on problems that represent the biggest obstacles to reducing California’s emissions and meeting its renewable portfolio goals while also aiming to devote as much of its revenue to RD&D as possible.

The approval of this program shows that California is still leading the way when it comes to clean technology and renewable energy. The outcomes of EPIC research could result in billions of dollars in benefits for utility customers and the environment, so passing the bill is definitely good news for our state.