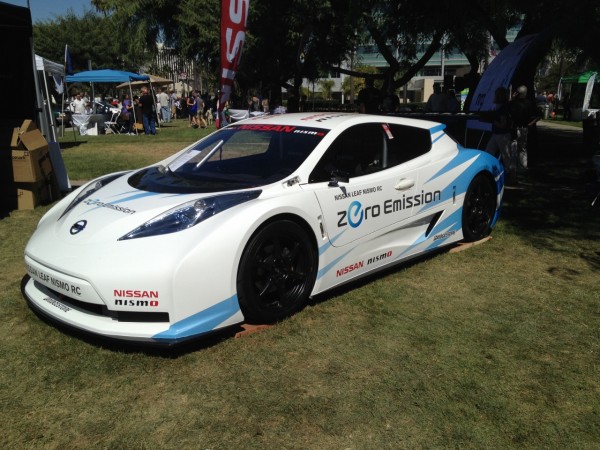 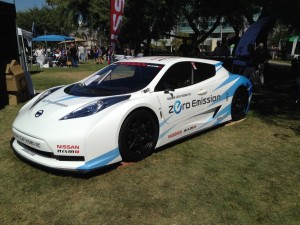 Next week is National Drive Electric Week! EV drivers will be setting out for events throughout the country to celebrate electric vehicle adoption! Long Beach held a large event at Palm Beach Park last year where many enthusiasts and manufacturers offered free test drives. Even Irvine-based Pedego Bikes offered their electric bikes  for a test drive around the beach.

There are many events across Southern California this year. Some regular auto clubs are inviting EV’s to their regular meetings and at the bottom of the page, you’ll find our favorite events for National Drive Electric Week for the Los Angeles area.

The automobile has been around for over a century so where have all the electric vehicles been hiding? Aside from the EV1’s hiding in the desert, they’ve had a similar history to solar power. Did you know solar panels and electric vehicles are best friends? Packed together, they make an unstoppable machine. Literally, solar planes, trains, and automobiles power themselves for months on end. If you are producing power from the sun, your EV is not only using super clean energy to move, but the cost for fuel is $0.00 a gallon!

PV (Photovoltaic Solar) & EV history shares the same sad start. Both technologies were originally explored in the 19th century. They both saw interest after the Oil Embargo, but didn’t start gain headway until the 1990’s. But EV’s were stillborn due to efforts by the auto/oil/bureaucrats’ efforts to squash their “new” technology by convincing enough people we didn’t need them. Even when EV’s gained mandatory traction, GM violated the basic kindergarten rule of “No Take Backs” and piled their EV1’s in the desert. If you’re looking for a tear-jerker, I’d recommend watching the documentary, “Who Killed The Electric Car?”  However! EV’s are back with a vengeance, which is probably best captured by their sequel, “Revenge of the Electric Car!” 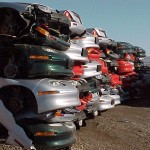 There were many reasons why the electric vehicles “died” as the film will show you. People were concerned about range, technology, speed, and utility of electric vehicles. Companies were concerned that people weren’t ready for electric cars because of their price and they didn’t want to pay $0 for gas. On a CAFE Standards fueled caffeine high, California mandated auto manufacturers to produce electric vehicles. General Motors famously produced the EV1. A car that they leased to Californians and eventually repossessed in 2003. GM had beaten California’s mandate and was no longer required to build EV’s. In General Motors’ defense, the parts used to make the EV1 weren’t used in any other GM
cars. When a manufacturer makes a product, they need to continue to produce those parts. It was easier for GM to collect and demolish the EV1’s. The Toyota Rav4 EV was a great success that Southern California Edison continues to use them as service vehicles.

Even if you don’t work for AMECO, you’re lucky enough to see PV & EV’s every day! That didn’t happen overnight though… Similarly to solar becoming more efficient and affordable, so have electric cars. Hybrid cars, which complement their gas engines with electric motors, helped pave the way for more real-world battery testing and seeing if the market really cares about saving money on gas. (We’ll need to see the evidence –EV1 Development Team) Prius hybrids use an innovative nickel metal-hydride battery that was only first used in the second generation EV1’s! A hybrid offers you the freedom of a gas engine with the efficiency of compact car. For most of us, our daily commute is less than 40 miles. This would mean that a vehicle with a range of 70-90 miles would be ideal. (The range of the EV1 & modern EV’s)
The experience of an electric car has greatly improved, as well. With lighter materials for EV’s, luxuries like a backseat can now be seen in modern electric cars!  (The EV1 was a sporty 2-seater) The lighter materials and better motors have also meant our EV’s are much faster! Tesla’s Model S boasts a speedy 0-60 in 5.4 seconds and a top speed of 125 mph! The turtle-like EV1 clocked in at a steady 9 seconds in its 0-60 and was limited to 80 mph. The EV1 also had this ridiculous digital dashboard! Almost as crazy as a 17-inch tablet for a dashboard! EV1’s should be compared to regular EV’s and not a luxury Tesla Model S. The one’s that only cost one year’s college tuition instead of a whole degree. The Nissan Leaf & Mistubishi iMiEV boast a speedy 0-60 in 10 & 13 seconds, respectively. Leaving the EV1 in the dust… oh wait.

All passive aggressiveness aside, it’s time to embrace the industry. The fact that most auto manufacturers now have an electric or hybrid option makes it easy.  The fact that it came ten years after General Motors killed the electric car (Spoiler to the aforementioned documentary!) was not soon enough. Elon Musk may be headed to the bank, but I’m just on my way in our solar powered Volt. 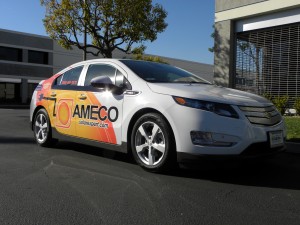 Things were done in the past that hurt the industry, but Tesla is disrupting the auto industry they tried to protect. Business as we know it has changed. EV’s, like solar, have introduced different utility rate structures as well. Your utility really prefers if you charge your car at night when it’s cheapest for them to produce power. Southern California Edison’s domestic electric vehicle TOU-rate structure (TOU-D-TEV) charges five times more for electricity during the day than at night. This goes great with solar because it’s only producing during that 5X period! Remember, your EV is only as green as your grid. If you actually want a green EV, you need to go solar

Huntington Beach: Huntington Beach Drive Electric is sponsoring an event at City Beach across from the Hyatt. They have one of the most impressive pages for their event. With almost every EV company attending as a sponsor, it’ll surely be a great event! The event kicks off with a moderated panel. UC Irvine has electric race cars that will be racing preliminaries at 11 am and the finals at 2 pm. We hope to see you there! More info on Huntington Beach’s EVent.
September 20th, 10 am to 4 pm
21500 Pacific Coast Highway
Huntington Beach, CA 92648

UCLA: There is an event on Tuesday that is being hosted by UCLA’s Smart Grid Energy Research Center and UCLA’s Transportation division. They have an impressive list of speakers including the Ed Begley, Jr! More information on UCLA’s EVent.
September 16th, 2014 12 pm to 4 pm
365 Portola Plaza
Los Angeles, CA 90095

Diamond Bar: The South Coast Air Quality Management District is holding an EV event in Diamond Bar at their headquarters. There will be test drives, EV Parade and many other things. We are going to try to make it to this event. More info on the Diamond Bar EVent.
September 20th, 12 pm to 4 pm
21865 Copley Drive
Diamond Bar, CA 91765