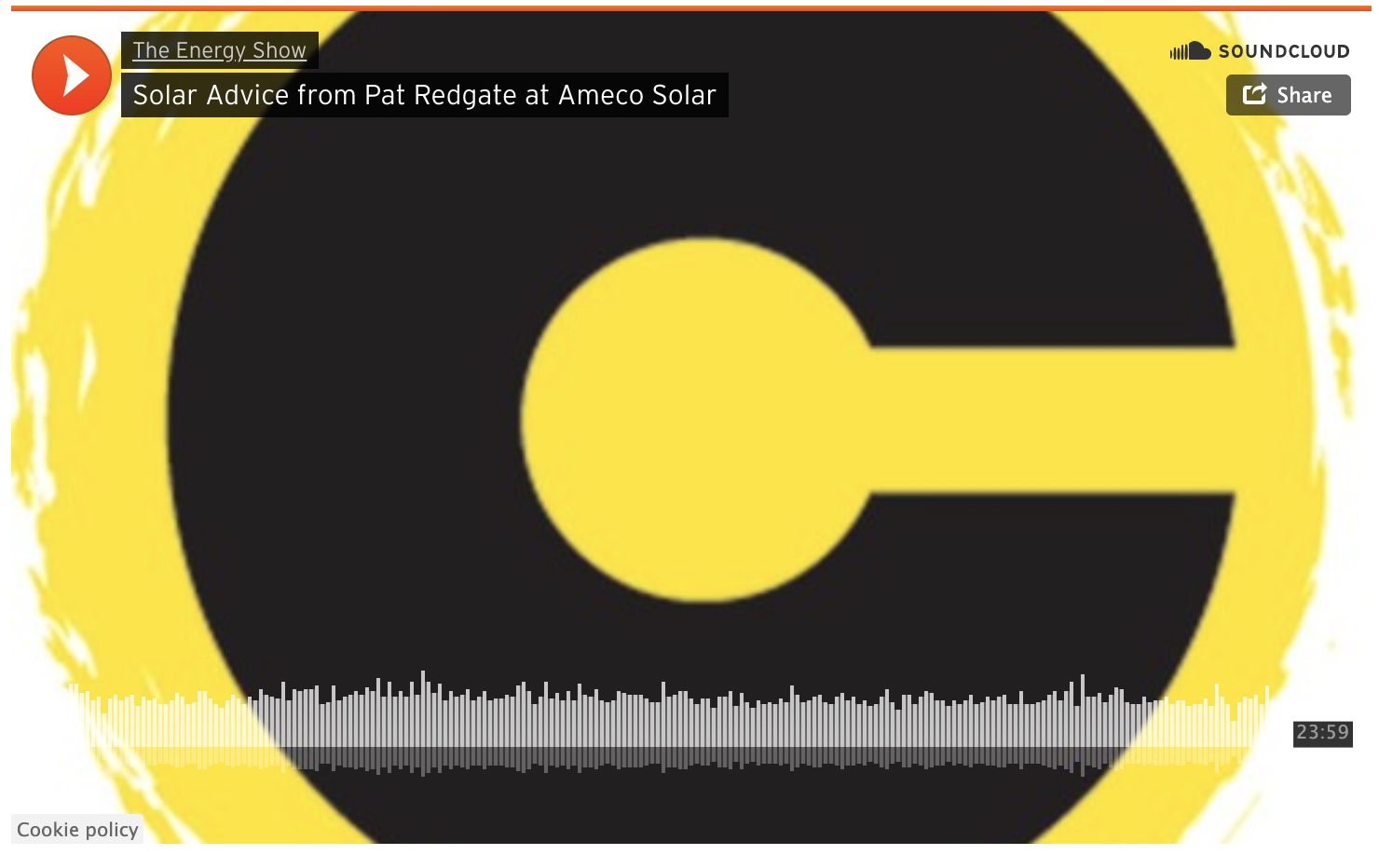 Recently, Barry Cinnamon (Spice Solar) had a conversation with Pat Redgate, President & CEO of AMECO. Pat has been working with Barry through CALSEIA since 2001, and Barry hosts a weekly radio talk show and podcast in San Jose. Barry discusses the founding of AMECO with Pat, the starts and stops the industry experienced in the 80’s, the 90’s and later (what we refer to as the “solar coaster”), and what he recommends to look for in a good contractor. They even fit in some discussions about the current issues regarding a C-10 Electrical and C-46 Solar license and why you should trust a C-46 contractor to design a proper solar system for you.

The Solar Energy Show, hosted by Barry Cinnamon, is a weekly 30 minute talk show that runs every Sunday morning at 11 AM on KLIV Radio in San Jose, and the Renewable Energy World Network. Every week Barry provides practical money-saving tips on ways to reduce your home and business energy consumption.

Barry Cinnamon heads up Cinnamon Solar (a San Jose residential C-46 solar contractor) and Spice Solar (suppliers of built-in solar racking technology). After 10,000+ installations at Akeena Solar and Westinghouse Solar, he’s developed a pretty good perspective on the real-world economics of rooftop solar — as well as the best products and services for homeowners, manufacturers and installers. His rooftop tinkering led to the development of integrated racking (released in 2007), AC solar modules (released in 2009), and Spice Solar (the fastest way to install rooftop solar modules).