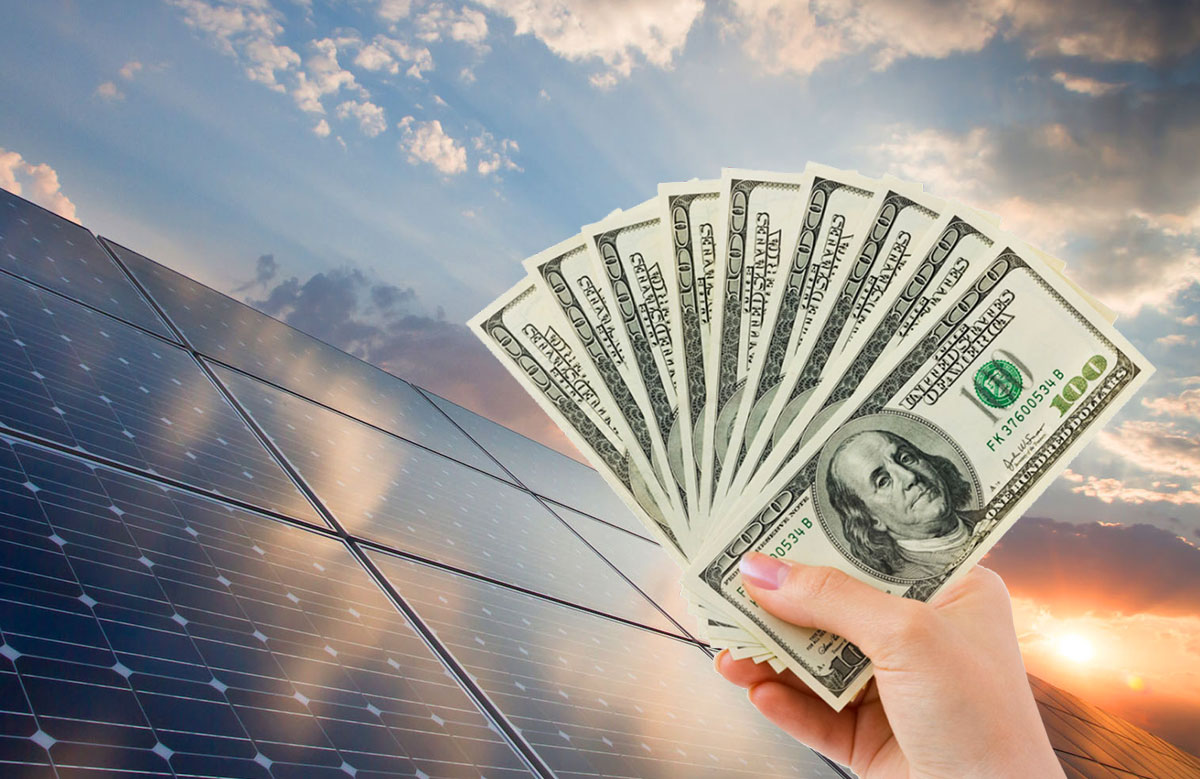 Getting credits for the solar energy that you own aka net metering is one of the most pleasant aspects of going solar, right? Having access to more electricity than the solar panel system generates during the daytime brings a plethora of benefits.

One of the primary benefits is the reduction in electricity bills. When you have excess electricity generated during the daytime, there is no need to pay utility bills for consuming electricity at night. It’s already there, generated, let’s say, for free.

Plus, net metering allows a neighborhood to be secured with electricity even when power outages or blackouts occur. The thing is that net metering provides the opportunity of powering several other homes with the excess electricity you already have. So, if something happens in the neighborhood, one solar owner can share solar energy with others. At the end of the day, sharing is caring!

Well, well, as you can see, net metering is a solar-type blessing for solar owners. But is it for the government? The California Public Utilities Commission (CPUC) recently brought up a proposal for implementing changes to net metering in the state. Beneficial for solar owners, the decision regarding accepting the proposal or rejecting it got postponed by the CPUC.

What Solar Net Metering Changes Should Have Taken Place?

Yet, in December 2021, CPUC proposed Net Energy Metering 3.0 (NEM 3.0). As Tyson Siegale, the Energy Analyst at the Protect Our Communities Foundation notes in NEM 3.0 Tariff Proposals, the A-E document, the proposal shows how climate change impeded the need to implement the clean energy transition in California. For the implementation, it is crucial to take into consideration not only environmental but also societal benefits, i.e., health benefits, carbon social costs, etc. Altogether, climate change costs for California will round up to 1.1 trillion per decade. Yes, the number is enormous, and to tackle such finances, measures should be taken, which is why the transition from NEM 2.0 to NEM 3.0 has been requested.

There is an urgency to maximize the federal Investment Tax Credit (ITC). The schedule for solar ITC is:

As it can be inferred from the numbers, ITC is maximized. Moreover, as Los Angeles Times reports, “rooftop solar could save Americans $473 billion.” This is great from the government’s point of view, but do we, solar contractors and solar owners, get the best out of it? Let’s see.

The NEM 3.0 proposal would:

These changes mentioned above would address new customers and the ones that are already solar owners (both commercial solar panel owners, i.e., businesses and residential solar panel owners). As a solar customer, these changes don’t seem advantageous. So, delaying the decision regarding passing or rejecting the NEM 3.0 proposal is to the benefit of solar owners. But what is the reason behind postponing such an important milestone for the state?

Why Did the Proposal Get Put Off? The Solar Industry’s Reaction

Accepting the NEM 3.0 proposal could have resulted in one of the two consequences:

Assumedly, while bringing the proposal about, the government thought that it would definitely result in initiating the solar energy growth era. However, the situation turned out the other way around. No need to worry as the decision is postponed, and, fortunately, the solar market in California still functions at its best. However, such a proposal triggered the emotions of environmentalists, solar panel companies, working Californians, and these people highlighted the proposal as a plan to kill the solar market in California.

The Vice President of State and Regulatory Affairs at the Solar Energy Industries Association (SEIA), Sean Gallagher, had a say regarding the proposal. Mr. Gallagher highlighted a plethora of reasons why the proposed changes are absolutely absurd.

In addition to such a sequence of reasons why the proposal shouldn’t be passed, solar panel installation companies started conducting interviews to measure consumers’ willingness to pay for solar energy and solar equipment after the NEM 3.0 proposal gets a pass.

Guess what? 95% of solar owners mentioned that they would stop purchasing solar energy because of the proposal. They just called it an absurdity that should never be accepted. Don’t be surprised when 95% of respondents agree with the grid expert, Dr. Ahmad Faruqui. He made an interesting comparison between the NEM 3.0 proposal and grocery shopping. He said, “Why should someone buying carrots at the grocery store have to pay more because they also grow carrots at home?” For real, why?

Nevertheless, the biggest concern in the whole story for solar panel companies is the increase of the payback period because of the policies offered in the proposal. Imagine the payback period, which stands for the time period that it takes a customer to have a return on the initial investment, jump from an average of 4-5 years to 10 years. The increase is huge and runs the risk of establishing the highest solar tax in the history of the California solar market. Such a change will bring a catastrophe to California because, as Abigail Ross Hopper, the President, and CEO of SEIA, mentions, “The last thing we need is to go backward on our climate goals…Today, the only winners are the utilities, which will make more profits at the expense of their ratepayers…California is now on the wrong path.”

What to Expect from the Solar Industry?

As can be inferred from the whole story above, a lot more work needs to be done on the proposal before the decision is made. Even Gov. Gavin Newsom mentioned, “That draft plan that was recently released, I just had a chance to review, and I’ll say this about the plan: We still have some work to do.” And that is the right path to take. The plan needs to be revised based on the feedback that solar panel installation companies, solar experts, solar consumers, environmentalists, and sheer working Californians provided.

Even though Mr. Gallagher mentioned his disposition towards the proposal, he noted, “We look forward to continuing to work with the California Public Utilities Commission as it considers any changes to net metering.” Considering such a positive statement in this strained situation, Gov. Gavin Newsom called for writing an alternative proposal and taking it into consideration before going for the final decision.

At the end of the day, one proposal affects over a million Californians who are solar owners, as well as another huge group of people who thinks of going solar in 2022.

In December 2021, the excellent billing mechanism called net metering could have vanished because of the NEM 3.0 proposal. With the net metering billing mechanism, 1.3 million solar homes representing 50% of the US residential market would struggle with solar charges. Not to mention, solar owners that specialize in manufacturing both a residential solar panel system and a commercial solar panel system would have suffered, too. However, thanks to opposing views towards the proposal and expert feedback on it, the decision regarding the proposal got postponed for an indefinite period of time.

When the solar panel companies, environmentalists, working Californians, and, most importantly, the Vice President of SEIA highlight such a sequence of reasons why the proposal is absurd, there is a need to rethink it and understand whether the financial benefit is worth the loss; the loss of customer trust in the solar industry, the loss of economic growth from solar renewable energy, and, eventually, the loss of the robust solar market of California.

Although the proposal also offers a $600 million fund directed towards helping moderate to low-income customers access the solar market, do we want:

And a lot more?

Definitely not! So, let’s celebrate the delay of the proposal and fight for the right decision.

Ameco Solar, as the best solar panel company and a solar owner, ascertains that the solar market of California should prosper, and the opposite should never happen!