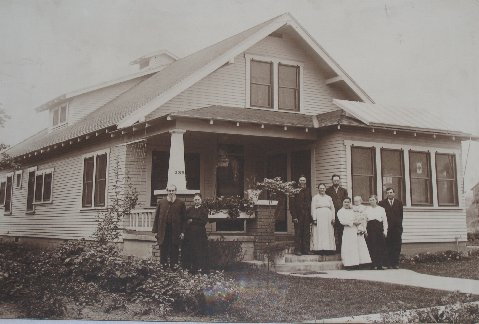 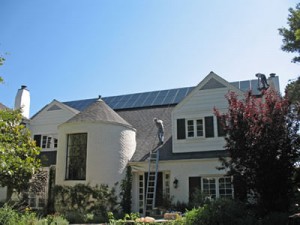 The best year to go solar will be 2015 because at its end, on December 31st, “Net Metering” in California will expire.  Net Energy Metering (NEM) is shorthand for the PUC rule which instructs utilities to credit a customer’s consumption for the generation of CLEAN energy on a one-to-one basis.  A new version of NEM is in the works but it will not give you full or equal credit for the power you generate. At the end of 2016, the 30% Federal Investment Tax Credit is scheduled to expire for individuals and businesses. It may be renewed or reduced, but that will require joint action by Congress and the Executive branch, a degree of cooperation we doubt is likely.  The combination of these two events will severely impact the economic value of going solar for businesses and homeowners, as the new NEM pricing structure will diminish the value of the savings and the lower or non-existent tax incentives will increase its cost.  The good news is that any person or entity going solar during 2015 will be guaranteed full value for their energy for the next twenty years and receive a 30% tax credit. Solar will still make sense, just for fewer people: people who have high consumption, can make Time-of-Use rate tariffs payoff, people want to “fix” their costs, people who want to help the environment or protect their energy future. Visit our Hero Program page for more information.

What will happen after the incentives that stimulated the growth of California’s solar industry have disappeared?  We can look to the past because this is actually California’s third solar boom.

A History Lesson with AMECO! 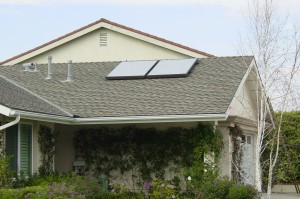 The year was 1986,  and on January 1st the solar tax credits expired and rebates were not extended.  But maybe we should go back even further, so let’s start in 1978. The federal and state governments started giving away up to 55% tax credits to go solar and provided rebates in a program administered by the utilities. The solar industry was in its second boom! By 1985, there were over 50,000 Californians employed by the sun when solar thermal was the technology of choice.  Using solar energy, water would be heated by the sun. We still do it today, but using solar to make electricity has become more popular. Going back even further, solar heating actually had its first boom in the early 1900’s. It was the first time you could have hot water 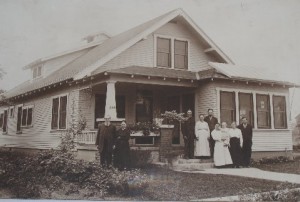 without using your stove.  The LA Times states one third of Pasadena homes had solar in 1907. In 1915, we discovered oil and natural gas in Southern California, and solar fell to the wayside until the 1970’s, a period called the Energy Crisis, which was hallmarked by gas shortages and lines at the filling station.  During the subsequent solar boom, AMECO opened two more offices to serve the demand. One of our ads from the time went like this: 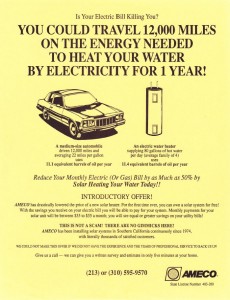 Is your electric bill killing you?

You could travel 12,000 miles in your car on the energy needed to heat your water by electricity for 1 year!

Towards the bottom of the ad, we actually state, “This is not a scam! There are no gimmicks here!” The industry was tainted with deals that were too good to be true. Some companies offered a 95% “discount” for going solar, the business was a magnet for shady operations intending to join the gold rush and reap quick profit. Businesses would inflate the price and offer cash discounts because their revenue was from the rebates.

“Everybody who had a garage was beginning to manufacture hot water systems for your home, so the reputable companies got lost in the shuffle with the non-reputable,” said Susanne Garfield of the California Energy Commission. We’re proud to say that some of our home-made solar panels are still working today! 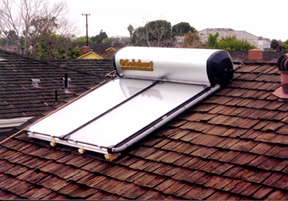 Anyone who could sell was trying to sell solar. Les Nelson, the former president of CalSEIA, put it best, “The systems were sold with impossible promises about what they could do, and when the tax credits expired, so did the vast majority of companies.” Sound familiar? Some of these companies went out of business the old-fashioned way with bankruptcy, but many companies simply pulled out of solar and went on to the next big thing, MLM’s selling hair spray! Their only value proposition, 55 to 95% in tax credits and rebates, were gone and so were they. The consumer protections California puts in place such as long term warranties were no good after the companies disappeared. Customers were left with leaky plumbing or roofs and cold water because a warranty is only as good as the company behind it.

How come our competitors claim there’s no way we’ve been installing solar since the 1970’s? Well the industry crashed. California lost 96% of the solar jobs within a year. 48,000 people had to find alternative employment because the fair-weather companies had gone with the wind. How did AMECO make it through? We scaled back down to one office.  We had value propositions that surpassed price and our quality installations meant that we weren’t wasting our time with warranty related repairs. We also adapted to installing more solar pool systems. As far as household domestic hot water we had an uphill battle explaining the economics in an era of high interest costs and low energy price prices. However, if you’re heating a lot of water, it’s going to cost a lot of money to heat it. If you have a family of 5 – that’s a lot of hot water and solar thermal would make sense for you.  If you want to spontaneously swim in your pool and not spend $500 a month for that privilege, solar pool systems would make sense for you. Our competition was never other solar companies – it was always the utility monopolies whose never-ending price hikes were muted by their pay-pay-pay as you go business model.  When we  worked with CalSEIA to promote NEM rules, we helped to develop and promote the solar electric industry in our state.  We also helped the Contractor’s State License Board form the specialized solar contractor’s license your installer should have (C-46).  By the late ‘90s and early 21st century,   we had already installed the first grid-tied solar electric system in in many Los Angeles area communities (including Catalina)!

The Future of Solar in a Post-ITC World 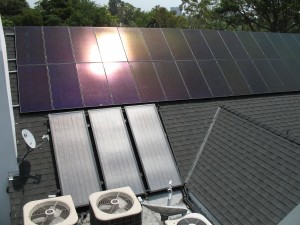 Our industry has swelled to employ 140,000 Americans.  We outnumber steelworkers, coal miners, ranchers and many other industries. By 2017, there may be many fewer jobs in the Green Energy sector but this is true – The best companies will continue. Electricity isn’t going to be cheaper in 2017, and the pay-as-you go plan will still make sense for many. The industry is going to become more honest with better educated employees. The horror stories of leaking roofs, and poorly installed systems will hopefully become a thing of the past as the bad installers who were just in it for the money die out. Most of the roofers, electricians, carpenters or siding companies that became solar installers will go back to their core business.

On a national level, solar will lose any footholds it gained in solar-averse states like Ohio. States with strong incentives like New Jersey won’t be nearly as hurt if the states recognize the threat to their economy. States like California and Hawaii won’t be hurt as much because our electricity is already pretty expensive with climate change legislation already on the books. Many optimistic studies show that solar energy will be at parity with conventional fuel in a majority of states by 2016 or soon thereafter.

The solar industry is going to be hurt, but those affects should remain relatively domestic or within the US. Solar demand around the world is great enough that it won’t be affected as much and prices should remain relatively stable. Domestic solar panel manufacturers might not see too hard of a hit as they switch from the US domestic market to an export market. There will still be a large market for domestic utility-scale solar to meet RPS goals. During the supply shortages several years ago, even American-made solar products were being exported to Europe while the domestic market scrambled for supply. This global market will help keep materials at a stable price nowadays & in the future allowing solar to still be viable, especially for high energy users.

We should also see growth of solar-repair businesses. The solar market grew exponentially over the last decade, and with original installers going under, many more companies will be specializing in servicing for those systems, a service that will be especially needed by those orphaned by the original installer. 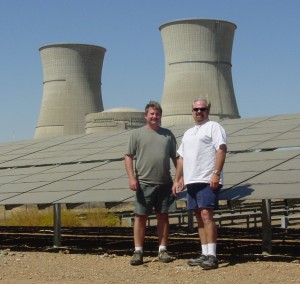 AMECO is ready for 2017 because we’ve gone through this before. We didn’t succumb to explosive growth during this solar boom because we’re in it for the long run. We knew incentives would leave, and we know it won’t be pretty. Our customers know the value of a quality solar system and have been referring us to friends and family for the past 40 years. Over this time, we have many repeat customers, sometimes three times and more, as they outgrew their homes and offices, but knew that going solar with AMECO had been a great investment!