The Essence of Net Energy Metering 3.0 and Why It Was Postponed 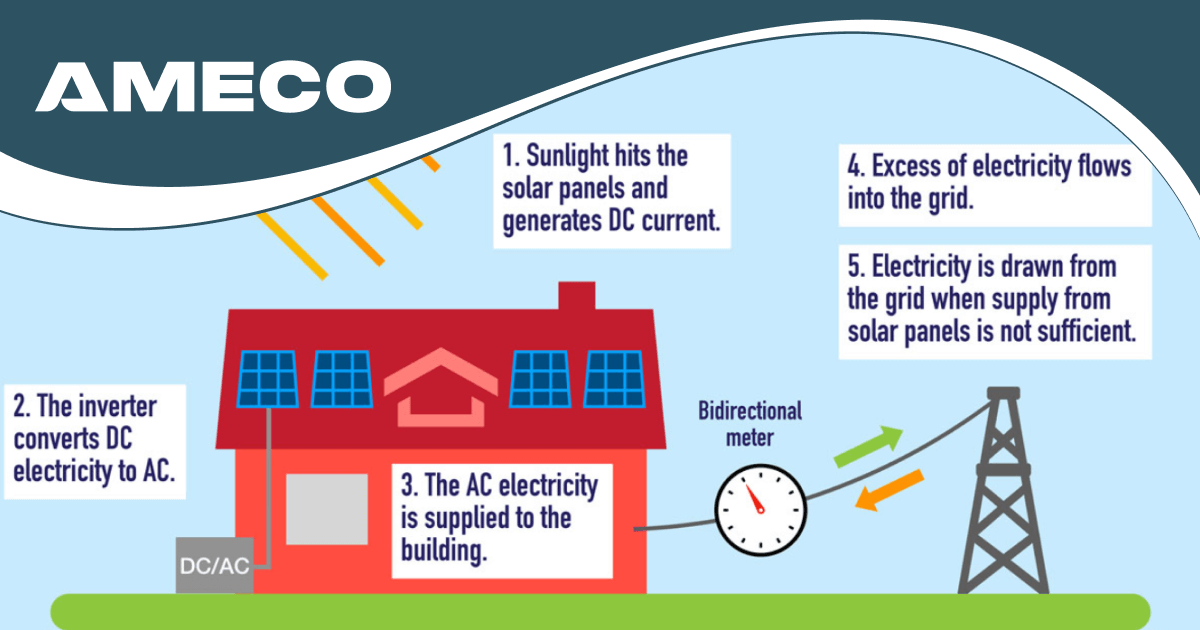 California's net energy metering (NEM) 3.0 was postponed indefinitely in February. Now, the California Public Utilities Commission (CPUC) is reviewing the matter and seeking input on a structure acceptable to the country's largest solar businesses, which accounts for half of all US solar rooftops and its residents.

But what is net energy metering, and how does it work?

What is Net Metering?

Net metering is a billing technique that helps owners of solar energy systems add electricity to the grid. It is, by far, the most cost-effective technique for using a solar panel. It ensures that each additional kilowatt-hour (kWh) produced by your solar panel system is utilized to balance a kWh you need from the grid when the sun isn't out.

How does net metering work?

For example, a PV system on a residential customer's roof may create more power than they consume during daytime hours. If the home is net-metered, the electricity meter will run backward to offer a credit against the power used at night or when the home's electricity consumption exceeds the system's output. Only 20-40% of a solar energy system's production ever makes it into the grid.

Solar net metering provides many benefits, such as owners getting credit for the energy they contribute to the utility company when their energy demands are surpassed during the day. Consequently, the utility company purchases the power generated by your solar panels at the same price as it is sold to the consumer.

The utility providers first claimed that another customer gains no economic advantage from their neighbor's decision to go solar, probably because they do not earn from the transaction.

On May 9, the CPUC stated that it is "reopening the record" on its net energy metering 3.0 case to obtain information on some aspects of the decision. The reopening of the records pushes the CPUC's intended decision on net metering 3.0 back to July at the earliest.

The CPUC has been considering modifications to the net metering program for over a year, backed by utility interests. The CPUC's first proposal, which included a hefty tax on rooftop solar and an immediate gutting of the subsidies solar customers receive, would have rendered solar expensive for most consumers, particularly those in working and middle-class communities where solar is increasing at an extraordinary rate. It would also harm the solar markets for commercial, government, and agriculture. Following widespread public outcry and Governor Newsom's vocal opposition, the controversial intended decision was held indefinitely.

According to ROTH Capital Partners, the CPUC is currently commenting on the glide path method, and non-bypassable charges. The CPUC is seeking feedback on an alternate glide path that would provide customers with a fixed export adder. Over time, the export adder would decrease.

In response to the CPUC'S decision, the California Solar & Storage Association's executive director, Bernadette Del Chiaro, said they're happy that the CPUC realized how far out of sync the initially proposed judgment was with California's clean energy goals and equality ideals. Californians favor rooftop solar and will not accept a decision that taxes the sun or slows their state's progress toward clean energy by making solar costly.

She added that, at the same time, they know that special utility interests have a lot of clout and a vested interest in preventing rooftop solar from gaining traction. They'll keep working to ensure that no one is duped again by the utility profiteering that raises power prices for everyone and threatens the net metering California system's resiliency.

So, it is safe to say that we can celebrate the delay of the proposal and go solar as soon as possible!

And for that, it is important to choose the top solar panel company that offers high-quality services.

AMECO Solar & Roofing is one of the solar panel companies hoping that clean energy supporters and the solar power industry will succeed in their battle with the utilities.

Since 1974, completing a successful solar panel installation has been our specialization. Thanks to our team of trained and qualified experts, you can get a long-lasting and reliable solar system for your home or business.

We understand how significant it is to build a reliable connection with our customers. This is why we treat each customer as an individual and assure them that we will be there to help them even after the project is completed.

As a top solar panel company in California, Ameco Solar & Roofing works with top-tier manufacturers whose products will last for decades so that our customers won't need much maintenance.