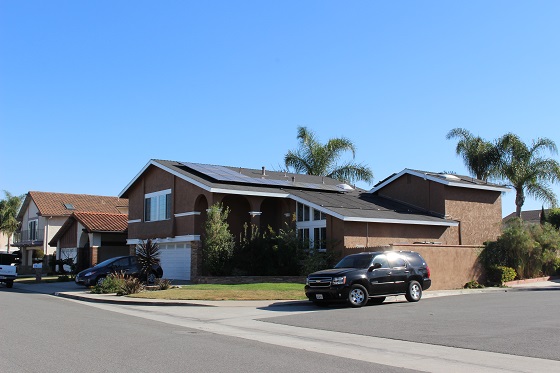 Each year Yvonne and Tim’s neighborhood turns into a holiday wonderland where all the homes are decorated with elaborate Christmas light displays. Though they loved getting in the holiday spirit and putting up their own lights, they did not like receiving their electric bill afterwards. Sometimes their holiday bill would run as high as $375 or more!

Though they had looked into solar a few years before, a close friend convinced them that it was a good time to consider solar panel installation again. They began looking for a solar installer in the early fall and found AMECO Solar.

Being a contractor herself, Yvonne had high standards for her solar contactor. AMECO was able to meet her requirements by showing proof of the necessary insurance and workmen’s comp, using trained solar panel installers instead of hiring sub-contractors, and backing up our solar technology with competitive warranties. Both she and Tim were also impressed by the fact that our company has been installing solar panels since 1974.

Shortly after meeting with Todd and listening to his informational, no-pressure presentation, they signed a contract and scheduled the solar installation. Since they wanted to power their holiday display with solar energy, they asked that the system be installed and working by December 15th.

“The installation process was very organized and went smoothly,” said Tim. He enjoyed working with David, our Operations Manager, who was flexible and very responsive whether by phone or email.

By December 9th, their solar system was turned on and feeding solar energy to their home. Just in time for the holidays!

Since the solar system was turned on, they have enjoyed logging onto the online monitoring system to check in on the energy production. “We chose to install microinverters so that we could track the efficiency of each solar panel and make sure that it is performing as expected,” Tim shared.

So far, their solar panel production is off to a great start. The panels have produced enough solar energy to bring their electric bill down to only $155. Compared to past bills of $389 or more, this is a significant savings! And so, Yvonne and Tim end the holiday season differently than most — with more money in their pockets than expected.