Wind and Solar vs. Nuclear Energy: Their Current Status in the US 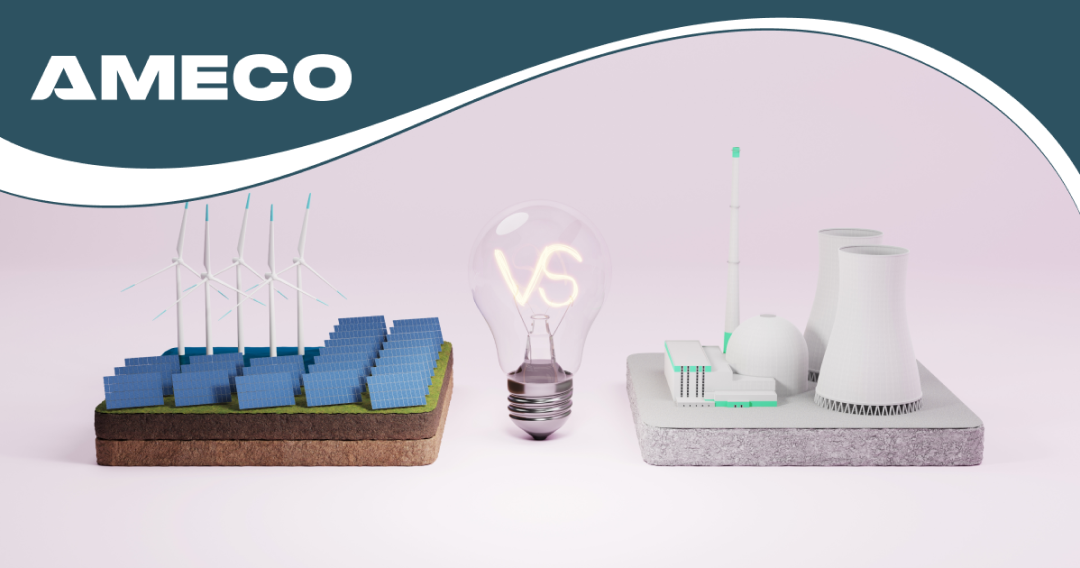 Solar and wind energy are producing more electricity than nuclear energy for the first time ever in the United States. We saw a glimpse of this during spring this year.

On March 29, the U.S. Energy Information Administration reported that wind turbines were producing more electricity than coal and nuclear energy sources. This made wind power the second-largest source of electricity. The precise amount varies on a monthly basis, but wind and solar are proving that they can hold their own against nuclear electricity and other energy sources, including natural gas and coal.

But what exactly is the status of these systems in the U.S.? Why are more consumers contacting solar energy companies about the best solar panel system for residential use? Let’s dive into it below.

Wind and Solar Energy: How Are They Faring in the US?

Between January and April 2022, renewable energy sources accounted for more than 25% of thermal and electrical generation in the US. April saw an all-time high—renewable sources like wind and solar generated 29.3% of electricity overall.

The U.S. Energy Information Administration’s August 2022 report also reveals more details that are telling of the future of renewable energy:

Here is how renewable energy sources compare to coal and nuclear power in the same period:

Coal electricity generation dropped by 3.94% compared to the same period in 2021. Nuclear energy decreased by 1.80%.

Should You Make the Switch to Solar?

Before installation, you should learn the pros and cons of such a system and how it truly works.

What Is Solar Energy?

Solar energy is a clean, renewable, and sustainable resource that can be converted into electrical energy for residential, commercial, and industrial purposes.

PV systems harness energy from the sun and convert it into electricity that can power electronics in houses and commercial establishments. Meanwhile, SHC technologies use solar-generated heat for space and water heating for SHC systems, and CSP systems use the heat to run electricity-generating turbines in power plants.

How Does Solar Energy Work?

PV panels are the most common solar technology; they convert sunlight into electrical energy. Meanwhile, energy harnessed from mirrors that concentrate solar can generate electricity or thermal energy.

Keep in mind that the amount of solar radiation a system can harness varies depending on location and how much sunlight it gets. So the amount of electrical and thermal energy that these systems can generate varies across cities and the world.

What Are the Advantages of Solar Energy?

Recent solar news is focused on the 30% tax credit for solar installations from 2022 to 2032. But the federal income tax credit isn’t the only benefit of switching to solar. You can also qualify for state and local rebates.

Here are more benefits of installing this renewable system:

Established solar energy companies can help you determine the more specific ways you can benefit from this system.

Do You Actually Save Money from Solar Energy?

Before pulling the trigger on a solar panel system, it’s important to remember that an entire house might not be able to run exclusively on it. These systems can’t generate electricity at night or during long stretches of cloudy days.

For this reason, solar-powered homes may still need to rely on energy from the grid every once in a while. Installation and maintenance costs aren’t always budget-friendly, either. That being said, you can take advantage of the solar tax credit, and you won’t be spending as much as you did on utility bills before switching to solar.

Your system might be able to start showing your energy savings within five years if you live in a relatively sunny location. Otherwise, you may have to wait a decade or two before getting a full ROI.

But no matter how long it takes, you will surely save money by switching to solar power.

Recent data shows that solar and wind energy is gaining popularity. They are increasingly common in homes, commercial establishments, and industrial facilities. And this seems like a trend that will keep going.

In search of a top-notch solar panel company to help you identify the best configuration for your property? AMECO Solar & Roofing provides solar solutions in SoCal and Long Beach. Get in touch with us today!